THE FIVB AND MIKASA TEAM UP FOR TOKYO! 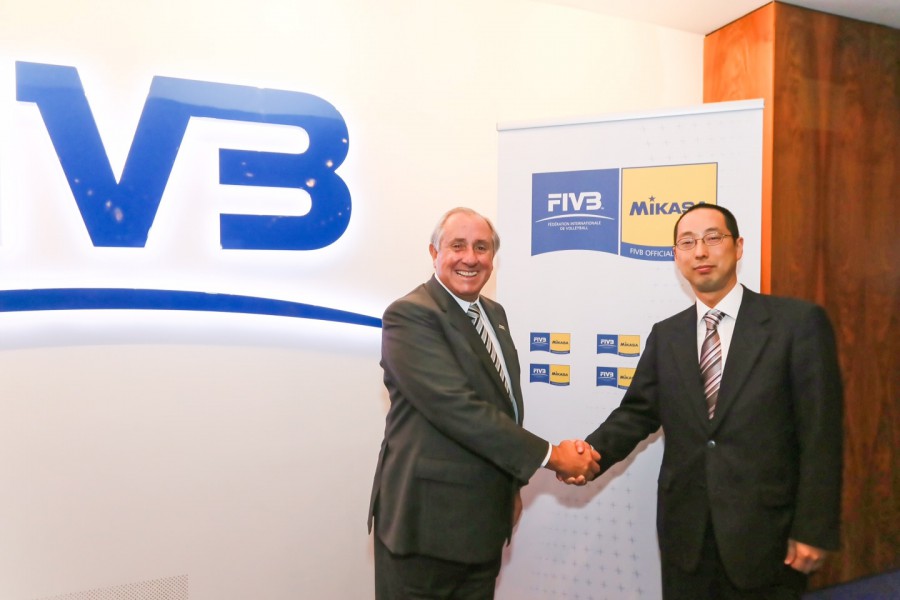 The Federation Internationale de Volleyball (FIVB) and Mikasa Corporation have entered a new contract to make Mikasa’s indoor and beach volleyballs the Official Game Balls of all the FIVB events until the Tokyo 2020 Olympic Games. Mikasa Corporation has supplied equipment for the FIVB since volleyball was first included on the Olympic Programme at Tokyo’s first Olympic Games in 1964 – making this contract signing a celebratory occasion at the FIVB headquarters in Lausanne after first being signed in 1985. FIVB President Dr. Ary S. Graça and President of Mikasa Corporation Mr. Yuji Saeki met together ahead of the occasion to reflect on their long-term relationship and spent time anticipating the FIVB’s exciting plans for a major 2015 season in the lead up to the Olympic Games in Rio next year.